EAACI seeks to tackle the burden of allergy in Europe with evidence-based recommendations and by joining forces with relevant European actors in the field.

This paper outlines recommendations to EU institutions, national governments and relevant groups in Europe concerning the COVID-19 response and recovery plans with regard to chronic diseases. The lessons from this crisis must be learnt. The below proposals aim to support reflections on preparedness for potential future pandemics or other crises, which may occur as a result of factors like climate change; but also to reinforce healthcare systems’ capacity to achieve long-term public health objectives.

More than 150 million EU citizens live with chronic allergic diseases. If you want to know more about how to treat these diseases and to support better policies for people living with allergies and asthma through your parliamentary work and beyond, we invite you to join our group. 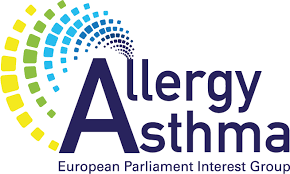 Read about our latest Policy event in European Parliament here

The European Academy of Allergy and Clinical Immunology (EAACI) organized the first European Strategic Forum on Allergic Diseases and Asthma. The main aim was to bring together all relevant stakeholders and decision‐makers in the field of allergy, asthma and clinical Immunology around an open debate on contemporary challenges and potential solutions for the next decade. The Strategic Forum was an upscaling of the EAACI White Paper aiming to integrate the Academy’s output with the perspective offered by EAACI’s partners. This collaboration is fundamental for adapting and integrating allergy and asthma care into the context of real‐world problems. The Strategic Forum on Allergic Diseases brought together all partners who have the drive and the influence to make positive change: national and international societies, patients’ organizations, regulatory bodies and industry representatives. An open debate with a special focus on drug development and biomedical engineering, big data and information technology and allergic diseases and asthma in the context of environmental health concluded that connecting science with the transformation of care and a joint agreement between all partners on priorities and needs are essential to ensure a better management of allergic diseases and asthma in the advent of precision medicine together with global access to innovative and affordable diagnostics and therapeutics.

EAACI is constantly using its position to campaign for better awareness of allergic diseases. Over the past years we’ve launched several successful campaigns. Keep coming back to hear about our future campaigns.

The European Parliament Interest Group, EAACI and EFA launched the European political Call to Action “United Action for Allergy and Asthma” in April 2017 during a policy event in the European Parliament (Brussels). The Call to Action was promoted via a pan-European advocacy campaign uniting all strategic European and national stakeholders as well as interested individuals to help drive action and policy responses to allergy and asthma, in support of patients’ rights.

In only five months, the campaign secured broad endorsement and received ample coverage in the European press. It was supported by nearly 190 national and European organisations, more than 5,000 individuals from across Europe and over 32 policy-makers.

The EAACI European Advocacy Manifesto proposes a series of evidence-based recommendations to tackle the burden of allergy in Europe, foster allergy research and help strengthen Allergology as a medical specialty. The European Commission and Parliament have a duty to act to help millions of European citizens and relieve their suffering from allergies.

Anaphylaxis is an allergic reaction that can be severe and potentially life threating. So be ready to react on time, and learn and teach others how to use your adrenaline pen. It can save your life… Learn to recognise the symptoms and the triggers. Implement them in your daily life to improving your quality of life. And remember, if you are not sure about some food, just do not eat it!

EAACI launched its Food Allergy Campaign in 2012 to raise awareness of the sharp increase of anaphylaxis in children. It aimed at educating the public to recognise the symptoms and its triggers, and to teach methods of how to react in case of emergency, e.g. by using an adrenaline pen.

The Food Allergy Campaign was supported by the EAACI Patients Organisations Committee, with more than 25 country representatives from across Europe, North America, South America, the Middle East, Asia and Oceania.

In February 2011, the EAACI Summit on allergen immunotherapy took place in Geneva, gathering some experts in the field and other stakeholders such as patient representatives, regulators and allergen manufacturers. The current status of different issues regarding immunotherapy was discussed, assessing certainties and controversies, identifying niches for further research, while established knowledge was set “black on white”.

To find out about our initiatives at the EU level, upcoming events and campaigns